Death Is Proof Of Satan's Power 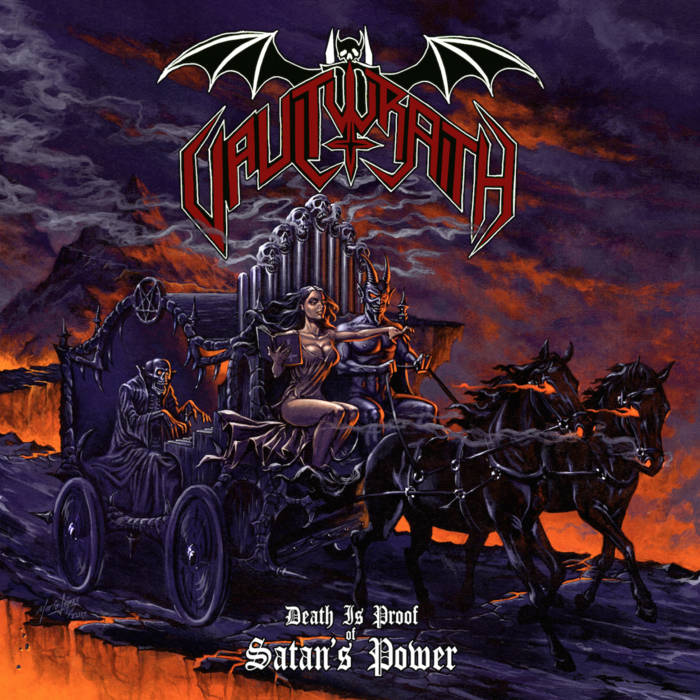 perplex66 Awesome mix between Heavy, Thrash & Death, superb production... A must have !!! Favorite track: Night Ride Through the Black Woods.

Enemy Of The Sun

Deep within the tenebrous bowels of a dark and decrepit castle was it that the black ritual was undertaken. Assembled there were four of the worst sinners this world has ever known, utterly profane and perverse: The Warlock, He of the Blasphemies… Alucarda Bellows, She of the Devil… Esteban Walpurgis, He of the Evil Rites… and Baron Blood, He of the Flesh & Blood. A blood-red full-moon hanging in the benighted sky, they began the unspeakable ceremony. Mercyful Fate and Bathory albums were offered unto a flaming pyre, as were the celluloid artifacts of Jess Franco and Paul Naschy. Once some esoteric incantations in Latin and Sumerian were uttered alongside the spilling of hot sacrificial blood did that loathsome quartet play the notes known but to the most impious and obscene. And it was then, at the foreboding stroke of midnight, that the shuddersome fiendish spectre did arise from out of the stygian void: the VAULTWRAITH!

While its ominous conception dates back to 2012, it was not actually until the untimely death of that legendary underground warlock, Jim Sadist of the infamous NUNSLAUGHTER, that VAULTWRAITH truly arose from the netherworld. Before his death, Sadist had been in talks of joining the Devilcraft Cult, and it was indeed those dangerous meetings that conjured the very soul of the thing, bringing infernal life to what had been, before, but a formless nightmare. Now sworn to an unwholesome and unholy pact with devils, witches, and all that is supernatural, VAULTWRAITH was begotten upon the summer solstice of 2016. Inspired by those masters of classic ‘80s metal such as King Diamond, Iron Maiden, and early Metallica as well as the heavier occultism of Celtic Frost and Nocturnus, it evinced an otherworldly marriage of furious heavy metal guitars, dueling monstrous extreme metal vocals, and keyboards straight out of a Hammer Horror film. The result of all this utter devilry was black hymns that not simply dripped with a palpable atmosphere of unadulterated evil but that were hauntingly melodic, as well.

The very first manifestation of VAULTWRAITH's malevolence came in the form of the Wrath of the Wraith demo in late 2016, and it was this tape that seduced obscure label Turanian Honour Productions to arrange a split 7” with, so very apropos, NUNSLAUGHTER, this to be freed from Hell sometime in 2017. But it was those maniacal overlords of underground death and black metal underworld, the one and only HELLS HEADBANGERS, who did behold the true potential of that Devilcraft Cult and offered to unleash their full-length masterpiece of aural horror, Death Is Proof of Satan’s Power.